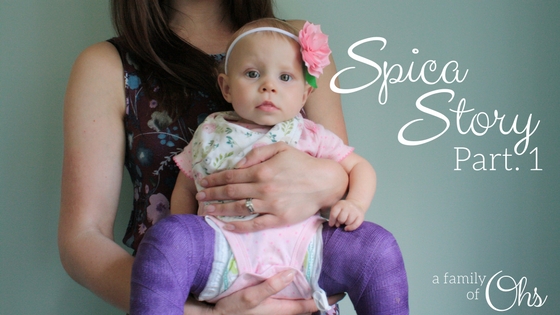 I am noticing that the more time we spend in the hospital environment, the more comfortable I am with all the unknowns. Things don’t always turn out the way we had hoped and imagined. I am much more prepared for that now. Maddison’s cast application was no different. 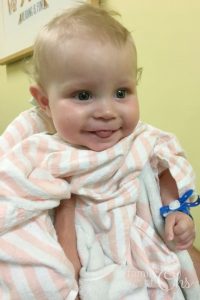 We arrived to the Surgical Daycare at BC Children’s on the day of spica cast application. It was a new environment, but I still felt comfortable with everything. Maddison was smiling all that morning and her joy was very infectious. I had prayed for joy and peace, and I could certainly feel it.

Before the surgery we met with the anesthetist and the surgeon. They explained the surgery, and what we should expect. I had done my research on the Institute for Hip Dysplasia website and felt pretty confident and prepared.

There was a chance that the surgeon wouldn’t be able to preform the less invasive closed reduction surgery as we previously thought. In the meeting, 10 minutes before her surgery time, we were told we had to be prepared that Maddison might need a full open reduction. An open reduction is a more invasive surgery where they open up the groin and surgically place the hips in the sockets. This sometimes requires adjustments to the hip socket itself, the femur, and adjustments to the ligaments may also be a possibility.

Although completely unprepared for this kind of surgery, I have complete trust in her surgeon to do what he can to fix her hip dysplasia.

Once we had all the information, and signed the forms, we handed Maddison off to the nurse. The next time we would see her she would be in a cast.

After four and a half hours the surgeon came into the waiting room and told us that Maddison was doing fine. But he wanted to discuss things further in a private room. I looked at him and said

You did an open reduction didn’t you

He explained that Maddison’s hips just wouldn’t fit into the socket. They made an incision in both groins to have visual access to her hip sockets. Thats where they could see that Maddison had some residual build up in her sockets that needed to be cleaned out to make room for the hip ball. They cut through and trimmed the ligaments in the inner thigh and re-positioned the ligaments into place. The surgeon is confident in his work, and that the placment will hold her hip better in socket.

I wasn’t disappointed, I was actually slightly relieved. Yes, I knew she would be in more pain during her recovery. A lot of work had just been done on her hips. But I also knew that doing an open reduction gave us a better chance at fixing the hip dysplasia for good. I expected the recovery wouldn’t be very different than what we expected. We would now have the incisions to care for. 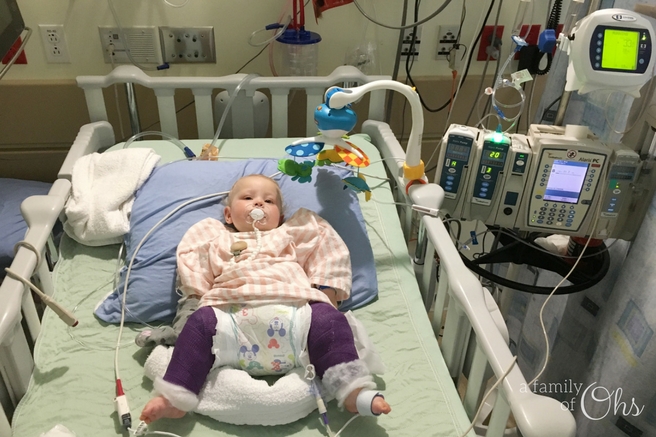 Maddison was awake and in recovery

The giant cast looked so big on our little baby. But Maddison recovered, and adjusted extremely quickly to her life in the spica cast. We expected to be recovering in the hospital for three days, but Maddison didn’t require any opioids. She was managing her pain solely on Tylenol. The doctor let us know that she’d be able to go home 24 hours after the surgery.

I couldn’t believe things moved along so quickly to get us home, but I was thankful that they did. We spent one night at the hospital and we were discharged once her antibiotics were administered.

Maddison is such a small baby, and we struggled at the hospital to fit her into the specialized Hippo car seat we rented. But we managed to make things as safe as we possibly could. We had her loaded up into the truck and on our way home by the afternoon.

Adjusting to life at home

The routine we had before the surgery was thrown out the window as we had to adapt – again – to tailor to Maddison’s needs. Learning things like sleeping positions, cast petaling, diapering, and carrying a baby in a spica cast was going to be all trial and error.

Maddison’s cast wasn’t waterproof as she had two incisions along her groins. We petaled all the edges of the cast with some duct tape, making sure there were no sharp edges. We had to keep a careful eye and make sure there was enough padding and space around her g-tube. 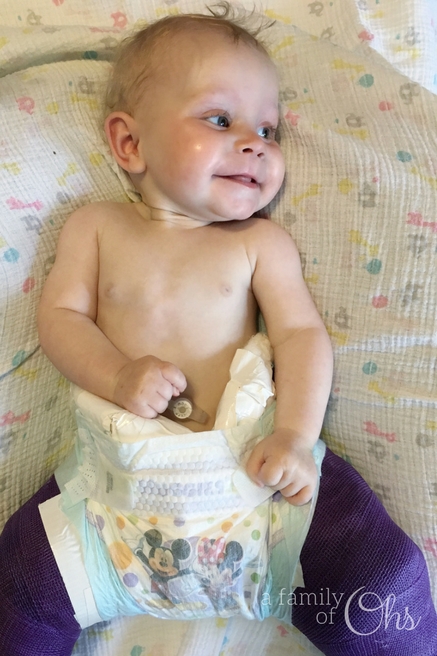 Diaper changes turned more complicated than anticipated, but we got the hang of it pretty quickly. 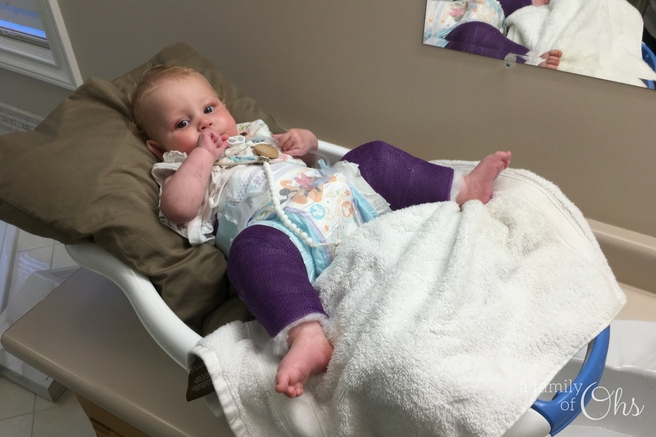 Because of the cast lining, we weren’t able to submerge her in the bathtub for bath time. We found that placing a pillow and a towel inside her baby bath made a comfortable seat for sponge bath time. We had to make sure her skin was always dry, and the cool setting on the blowdryer was very useful. 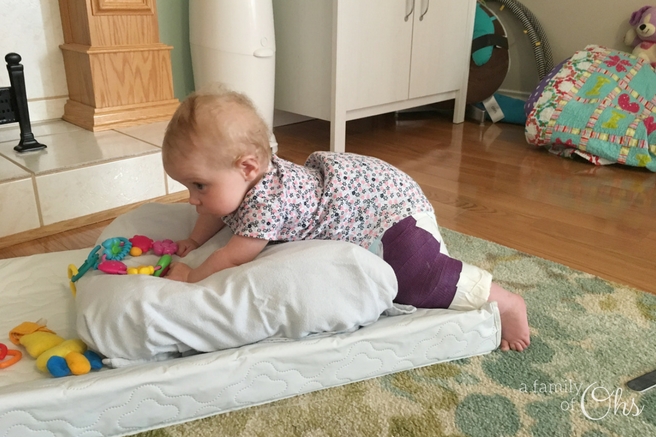 Positioning and carrying Maddison took the most to get used to. The cast is bulky, heavy, and uncomfortable. But because Maddison wasn’t mobile before the cast, we used lots of different positioning techniques to avoid pressure points. We didn’t want to miss out being able to continue developing her muscles through her therapy and tummy time. 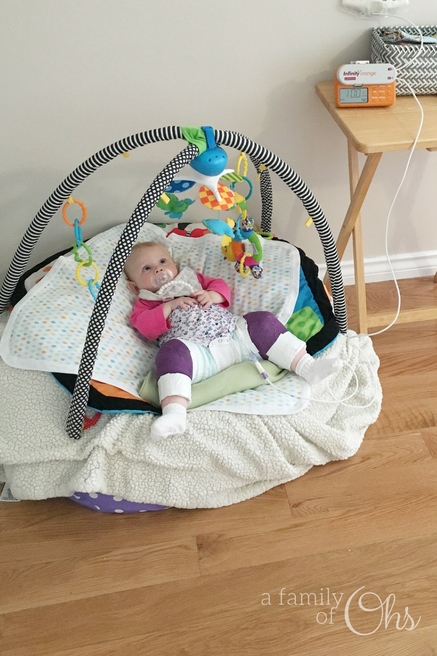 Her bean bag chair was a life saver. With a couple rolls under her legs, and making sure her feet were free from pressure, she was quite happy.

Maddison was in the non-waterproof cast for a little over six weeks. She would have her cast changed and be in the new cast for another six weeks. Twelve weeks casted in total.

I’m learning so much through this time, mainly patience, and to always keep positive thoughts in my mind. In the grand schemes of things, the twelve weeks spent in the cast will soon be a distant memory. 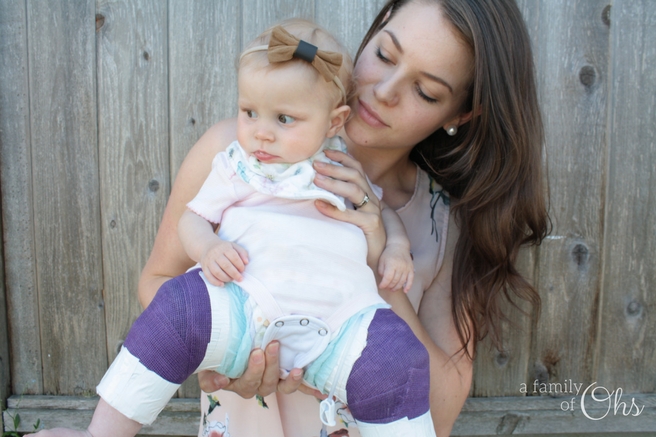 3 thoughts on “Our journey with the Spica Cast Part 1”