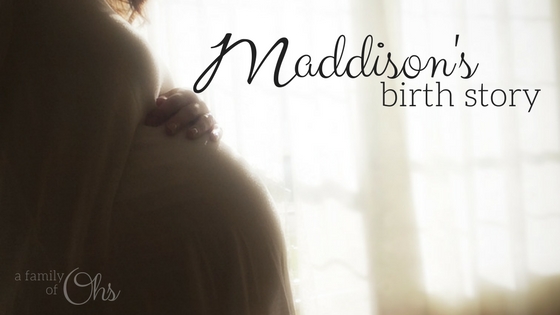 The day our family changed forever

September 2016 was beautiful. All summer it had been warm and sunny, and I had been thoroughly enjoying the time I had with my son before baby number two’s arrival. Soon we would be a family of four. 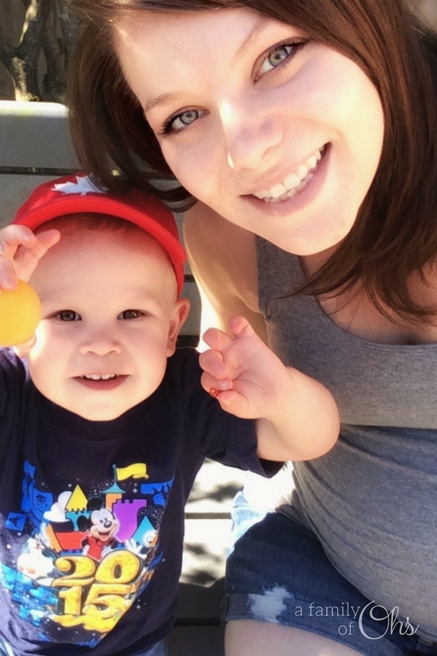 I was going on on daily walks, gorging on pineapple and had countless dance parties with Jackson in attempts to bring on labour. It was close to my due date so I was doing everything I could to make sure things were ready: the bags were packed and by the door, the baby’s clothes were washed and neatly folded in the drawer.

We had just sold our house and we had another month before we would take possession on our new house. However, I was so thankful that my husbands parents graciously opened their house to us until we got our keys. That meant that my 9th month of pregnancy was spent not in my own home.

I had had a couple Braxton Hicks episodes in the weeks leading up to the birth, but nothing ever lasted more than a couple of mediocre contractions. As far as we knew, our baby was healthy, kicking lots, getting quite big by the size of my belly, and would be here when baby was ready. We had no idea something had gone wrong and we were about to enter the greatest endurance race of our lives.

I had gone in for my routine check up at the hospital with my husband. Much to our surprise I was already 6 cm dilated! I guess all that walking and dancing had been working! The doctor informed me I was not allowed to leave the hospital. In the event of my water breaking they feared labour would advance too rapidly and I wouldn’t make it back to the hospital in time. I’ll admit, having a baby on the side of the road is not on my bucket list. 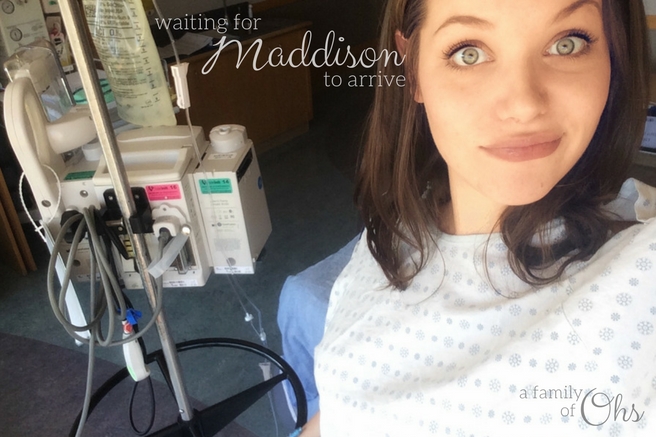 So as I was getting hooked up to IV’s and monitors I started making phone calls to family members letting them know, “baby is coming today”. So my husband raced back to his parents house to get our hospital bags. Because I wasn’t having any contractions just yet I was given the luxury of setting up my room, laying out my toiletries and waiting until everyone was ready before I gave them the go-ahead.

I had my water broken by doctors for both my children and I can say if you laugh it makes a gush out a lot faster (sorry – TMI). However, we had quite the shock at the massive volume of fluid that ended up coming out with this baby. My belly went from looking a full 9 months pregnant, to about 6 months. We all joked about it at the time. We made guesses that about 4L worth (a whole gallon of milk) spilled out.  At the time we disregarded it as being anything significant. Things moved so quickly and I jumped into full active labour with my contractions starting 1 minute apart.

I had felt the urge to go pee, so I hobbled my way to the bathroom. As I was sitting on the toilet my body started to push against my will.

Full panic mode: I am NOT having my baby on the toilet. I screamed for the nurse, and she helped me back to the bed. The pain was next to unbearable as I gripped my husbands hand. I asked if it was too late for an epidural and they laughed. It was too late. The baby’s head was halfway out.

After 3 big pushes baby was in my arms 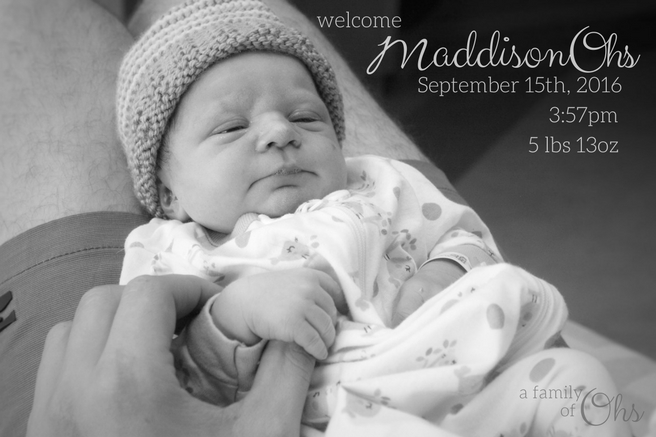 Our sweet baby girl, Maddison, was here and she was staring up at me. All 5 lbs. 13 oz of her was giving me a big pouty lip. I was surprised at how small she was. Honestly, I was expecting at least an 8 lbs. baby since my belly had measured bigger than with my son. Now I was holding this delicate little girl. I felt so much love for her in that moment. We couldn’t wait to bring her home to meet her brother.

So far everything seemed to be right on course, we both seemed to be healthy and would probably be released to go home the next day.

Maddison wouldn’t be going home with us yet

I was eager to start breastfeeding, and bonding with my new baby, but each time I tried to nurse Maddison she wouldn’t open her mouth. It seemed that she just kept her jaw clenched tight. She had no interest in feeding at all. The nurses assumed she had swallowed some amniotic fluid and she might not have been hungry just yet. We didn’t think it was anything to be concerned about.

It wasn’t until much later in the evening that we started to notice that things might not be as perfect as we originally thought it was. It was Alastair who noticed things first. While he was holding her she seemed to shudder, as if she was cold. That was extremely strange because babies don’t shiver when they are cold. We just threw an extra blanket on her and got ready for our night at the hospital. Just before falling asleep the nurse came into our room and wanted to check Maddison’s sats. As Maddison was hooked up to the oximeter she shuddered, like we had seen before, and when she did she her blood oxygen levels dropped. Not wanting to alarm us, and wanting me to get some rest, they took Maddison to the nursery to be monitored and have further examination by the paediatrician.

The paediatrician came in my room some time between 2 and 3 am to tell me he didn’t really know what was going on with our little baby, but something wasn’t quite right. They had called for the Infant Transport Team and we would be going to the Neonatal Intensive Care Unit (NICU) at BC Women’s/Children’s Hospital in a couple hours.

I tried my best to hold my emotions together and stay focused on the simple tasks in front of me: pack your bags, wash your face, and grab all giant pads and mesh underwear you can find.

Once I had my things packed I slowly walked down the hospital hallways to the nursery. I wanted to see my baby. I hadn’t seen her since they had wheeled her away for evaluation around midnight.

Seeing her in a incubator crushed me 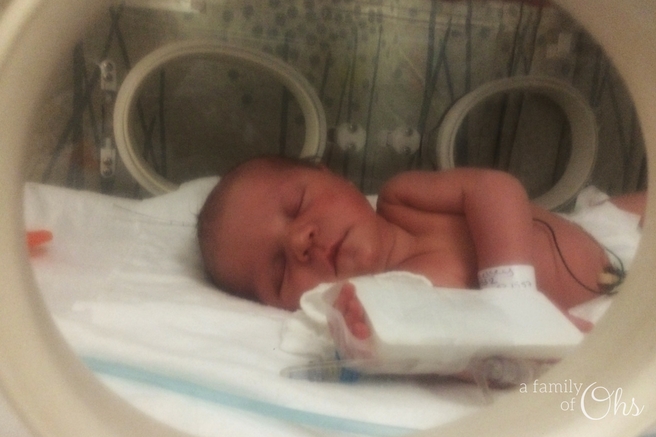 It hadn’t hit me yet what was going on, but when I walked into the nursery and saw my little baby in an incubator for the first time I felt the back of my throat start to burn as hot tears silently fell down my face. I didn’t even get to know this little person yet and now we are separated. She was hooked up to cords and wires, with an IV in her little hand. Numbers and wavy lines blinked on the screens – I didn’t know what they meant. I didn’t know how scared I should be. All I knew was that I was more confused than I have ever been in my life.

My nurse and myself both agreed I seemed well enough to be discharged so I could travel with Maddison to the hospital. I had given birth only a couple hours before, but by the grace of God I was well on the road to recovery.

Transferring hospitals was our best option

At 8 am Maddison and I were loaded up into the ambulance with the Infant Transport Team and we were on our way to BC Women’s Hospital in Vancouver. At this point we had not told anyone about what was going on, we didn’t have answers to any of our own questions, so how were we supposed to answer other peoples questions? As I sat in the back of the ambulance I called my mom.

“WHAT!?” she said, as I had just told her we were in the ambulance being transferred. This was the first time I was putting to words what was going on. That lump in the back of my throat was there again, and my eyes welled up with tears. I was terrified, but I was in survival mode. I wasn’t ready to feel emotions about what was going on just yet and I tried to keep myself together.

I was so scared

Being a second time mother, I expected I would know what to do, but in those moments I didn’t know how to care for my own baby. I didn’t know what was wrong. What do you do when your baby is in the NICU?

What I knew was that I had to fully trust in the doctors and the nurses. I had to trust that they would take care of my baby in a way I was never trained to.

In the back of that ambulance I surrendered my baby

“God, I’m scared, but I trust You. You care more about this baby than I do. No matter what happens, I know You are beside me. You have never left me before so please bring me Your comfort now. She’s in your hands, and it’s scary not being in control. I’m putting my faith and trust in You. I want Your will to be done. Bring guidance to every nurse and doctor that will provide her care. Please, I beg You, don’t take her away from me. Allow my baby to live a full and happy life. I surrender her to You, she’s in Your hands now.”

I don’t know if those were the exact words I prayed in the back of the ambulance, but those are the words I’m praying now.

We got to the hospital shortly before 10 am 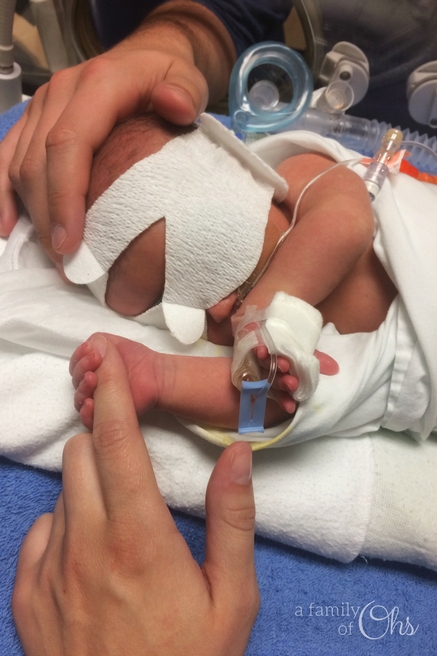 Maddison was wheeled into the NICU as I hobbled in a daze behind. We were now in a room filled with other babies in incubators and cots. There were doctors and nurses all hustling as they worked. Alarms were beeping all around me. Even though there was so many people surrounding us, I felt utterly alone. I wanted my husband to be there with me. Could someone just hug me and tell me it’s going to be okay?

I was so scared. What was happening, is my baby going to die?

I can remember sitting down, and a very faint feeling of peace came over me. It wasn’t an overwhelming sense of peace, almost like a tiny whisper, “You’re never alone”.

And so starts day one of our 36-day NICU stay.