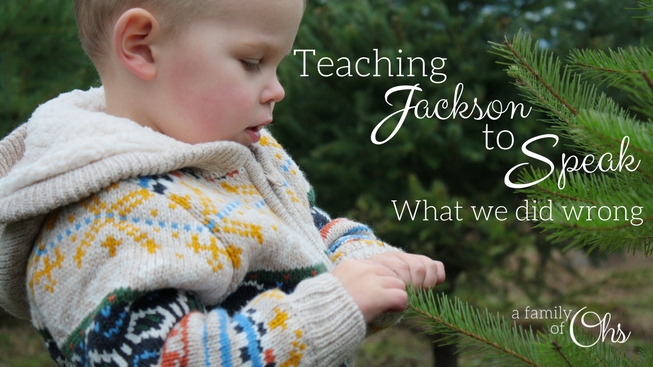 “He’ll get it eventually”,  If I had a nickel for every time I heard that phrase, I’d be rich. But all joking aside, by the time Jackson was 18 months old, he only had two words: “Mama” and “Dada”. By two years of age Jackson was showing he could understand a great deal, but his vocabulary hadn’t grown. He just wasn’t getting it and I was getting frustrated!

By three years of age Jackson only had a handful of words, and it was now very noticeable how far behind he was. Our family was already feeling a lot of strain since the birth of our special needs daughter. So it was an extremely frustrating time for our family. I didn’t just want Jackson to communicate with us, I needed him to.

I had chosen to teach Jackson some basic sign language. Signs like; “more”, “milk”, “again”, and “all done”. He picked up sign language quite well, but I shied away from teaching him too much. I didn’t want Jackson to rely on sign language as his only source of communication if he could in fact talk.

We were able to communicate on a very, very basic level.

After being in touch with our local development centre in regards to our special needs daughter, I knew I should also enrol Jackson in speech therapy. I was a little nervous taking on more therapy work for my children, but our speech and language pathologist (SLP) assured me it wouldn’t be hard and we could still have lots of fun with it. 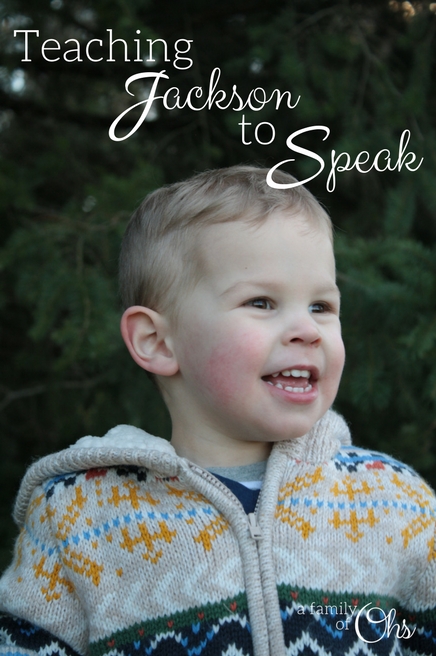 As part of routine, and initial assessment, they evaluated Jackson for autism – which they don’t believe he has. They also checked his hearing – which is fine. Jackson just wasn’t showing signs of wanting to try to speak, so they agreed that Jackson did indeed need to be enrolled in speech therapy to assess the issue further.

Our SLP would come to our house over a series of a couple weeks. She would be working one-on-one with Jackson and myself to help foster proper language for Jackson.

Enrollment into the program were fast-tracked for us because we already had our daughter in the program. Wait lists for speech therapy can be anywhere from 6-18 months long or longer. So get on the list ASAP if you want to enroll your own child. 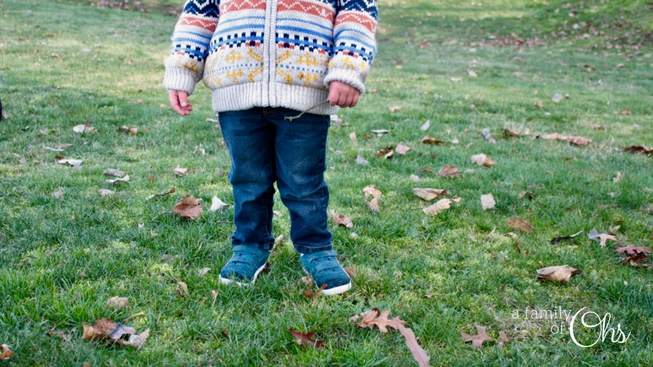 What did we do

Getting Jackson to speak was a process that took many months. It took Jackson some time to become excited about copying sounds, and even attempting to make new sounds with his mouth. We had to learn the do’s and don’ts of speech therapy – which was a bit harder than you’d think. Old habits are hard to break!

Our SLP constructed a program that was tailored to exactly what Jackson needed. We were able to use the tips and tricks our SLP gave us to teach myself how to teach Jackson to speak.

Although I would recommend seeing your doctor, and having an speech and language pathologist properly assess your child if you have any speech concerns – but here are some easy tips anyone can use:

I would place sticky notes around the house as little reminders of what I should be doing. This really helped me to focus on teaching Jackson how to learn.

I go further into detail in our Tips and Tricks post. 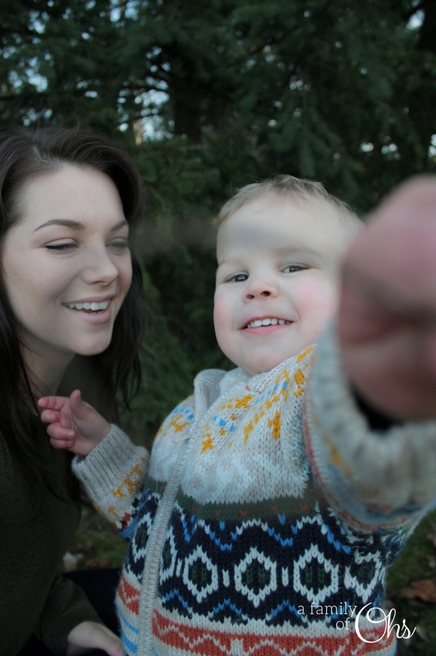 After a couple months of the one-on-one lessons Jackson’s started to attempt to speak. We signed him up for another class at the development centre which focused on specific sounds and how to teach them in a group setting. Jackson had so much fun, he didn’t even know he was learning! After this, Jackson’s speech really began to develop.

Even though Jackson is still behind his peers, we can now understand what he is saying the majority of the time. I also now know how to teach him new sounds, and new words.

We continue to work on his sounds every day for 10 minutes at a time. We don’t want to have him not like learning new sounds, so we won’t purposely practice his speech for much longer than that. It is so rewarding when he starts to understand how he is supposed to move his mouth, to speak, and be understood. All our family’s effort was paid off the first time he said “I love you“.

Jackson is now at a place where he is excited about learning how to speak. His vocabulary has grown substantially, and it is all thanks to our SLP and speech therapy. If I would have known how helpful it would be I would have started in the program much, much sooner.

Want to know more about speech therapy? Read my post about the Tips and Tricks from Speech Therapy that we were taught. Remember to be in touch with your doctor, community nurse, or development centre to start the enrolment process early.

1 thought on “Teaching Jackson to Speak”